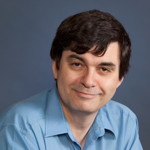 I obtained my BSc and PhD from UNSW in 1983 and 1988. Was a Research Associate at Princeton University in 1988/9. Research Fellow at the Australian Institute of Nuclear Science and Engineering (AINSE) located at James Cook University from 1989-1991.

Started at CSU in January 1992 on the Wagga Wagga Campus in the School of Science and Technology. Visiting Professor at the University of California, Davis in Jun-Dec 1995 (SSP). Moved to the Environment Studies Unit (ESU) in Bathurst in 2001. Was Acting Head of the ESU as it was closed down in 2002 and later in that year moved into the School of Information Technology. In 2007 the School merged with Accounting to form the School of Accounting and Computer Science. Visting Fellow at the University of NSW in Jan-Jun 2009 (SSP). In July 2009 moved into the newly formed cross campus School of Computing and Mathematics as Associate Head of School.

Michael began flying in 2005, obtained his Private Pilots Licence in 2007 and participates in Aerobatic Competitions since 2016.

A hybrid algorithm for low-rank approximation of nonnegative matrix factorization

Maximum likelihood estimation
Your message has successfully been sent.
Your message was not sent due to an error.
If you made any changes in Pure these will be visible here soon.